We also contributed to the work on the Tottenham Hotspur Stadium which won numerous awards: 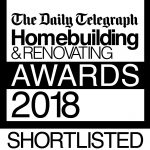 The British Home Awards by The Sunday Times

Project: Steel and Glass Features for the 300th Anniversary of Omsk
Category: Small practices
>> The Institution of Structural Engineers

2012
AMC 2012,
Our student housing project in Paris has been recognised as one of the 100 best building in 2012 by AMC
Project: ZAC Rungis
Category: Housing